Taylor Swift is a dude!

The trans agenda continues. This time, the goys look into entertainers and the world of fake and also gay “entertainment”. Are any of your favorite pop stars who they say they are? Is anything real in the satanic, smoke and mirrors world of the music industry? We say no. There is not, and they are not. But before that, they make an incredible discovery: Joe Rogan is /ourguy/. Saturn cubes, MKULTRA, laboratory grown babies, demon posession, celbrity (god) worship, and more. Get /comfy/ if you can, this one is gonna be fun.

Originally posted on Whores and Ale:
I haven’t paid any attention to the SI Swimsuit stuff for literally decades, so I’m not familiar with any of the recent crop of bikini mannequins. The internet has made the socially acceptable tit-illation of that formerly iconic issue moot. So, when someone links a couple pics of the…

This is taken from a thread on Twitter by Zero HP Lovecraft.

Erotic compulsion is the most terrifying emotion. There are no words to capture the exact sensation of perverse desire, though we have all felt it at some point in a lesser or greater measure. “Not talking about it” goes beyond mere decorum. Indeed we have no faculty for it
What do I mean by perverse desire? At its mildest and its most necessary, any sexual impulse is perverse: the juxtaposition of the disgusting with the ecstatic. In a state of sobriety, genitals are revolting, bodily secretions are nauseating, flesh is repellent
Is it any surprise then that we have the capacity to become caught in self-escalating circles of pleasurable disgust? The disgust reaction is surely adaptive: it helps us to avoid dangerous pathogens, spoiled food, rotting corpses, mold and parasites
The sexual impulse must be able to overcome the disgust impulse. Arousal, excitement, anxiety, and disgust—these are all very nearly a single emotion. And this inversion, wherein NAUSEA spelled backwards is LUST, is an eternal wellspring of terror
In the madness of arousal, time preference becomes infinite, and the fovea of the mind becomes a single point, and like a solid that reaches its melting point, desire becomes a liquid. In this modality pleasure can found in pain, and humiliation, and self-destruction
Because of this there is something inextricably indecent about orgasms and the ramp leading up to them. It’s not merely religion or society that “teaches” us to think of sexual pleasure as unclean; it is biology, it is nature herself
In a functioning psychosexual ecosystem, this kind of limited and controlled perversity has its useful and even sacred purpose. But when we realize that sexual arousal is MECHANISM, our horror deepens, because when a machine is damaged, it feels no pain, and may continue to run
As Deleuze reminds us, desire is a machine and the object of desire is another machine connected to it. Nowhere is this more apparent than in the realm of sexual desire, which is fundamentally insatiable, eternally renewing itself
There is a perhaps unanswerable question as to whether “non-libidinal” desire is a meaningful category

The truth is sexuality is everywhere: the way a bureaucrat fondles his records, a judge administers justice, a businessman causes money to circulate; the way the bourgeoisie fucks the proletariat; and so on. Flags, nations, armies, and banks get a lot of people aroused.

Regardless, we know that sexual desire is at least partly calibrated from the environment, and the horror of miscalibration is the horror of taking rapturous pleasure in your own debasement

If we take seriously the claim that capacities and tendencies form a space of possibility which is as real as any space of actuality, then we can come to a rigorous and wholly materialist understanding of demons as attractors in that space

A philosopher’s ontological commitment should be to the objective existence of this structure and not to the possibilities themselves, the structure of the space of possibilities comprised by an entity’s tendencies and capacities.

It’s not unreasonable to think of certain memeplexes, or even some algorithms, as demons; what do you call it when an entity is invisible, when it multiplies your misery, enticed you to perverse action, and in some sense depends on that perversity to sustain itself?
From this perspective, we can see the internet as a plane of being in its own right, a plane of abstraction and memetic fomentation, a portal to hell through which demons find us in secret and enter our world
Knowing what we know about the porousness of the border between lust and disgust, consider pornography, that hideous pleasure so carefully sanitized of much that triggers disgust: smells don’t transmit through a streaming video, cosmetics obscure the grotesqueries of the flesh
In classical conditioning, two stimuli are repeatedly paired; a response that is at first elicited by the second stimulus is eventually elicited by the first stimulus alone. In this way, pornography becomes a ratchet of perversity. Over time, proximity breeds paraphilia
How can we see pornography as anything but a demon, reaching out through this portal to hell, the same one even that finds you here now, delighting you with disgust? Is it possible to write a horror story more vile than that?

Read Books! I ordered the paperback, hope it’s good. It will be, Tacos is a great writer. Or maybe it won’t be, does writing good blog posts and tweets translate into longform writing? Guess we’ll find out!

My new book is out. Need to write a blog post but I blew my kundalini beating off to teen underwear ads. Plus life is pretty good. I could get fired and still have money. Today I went to Target. Bought a welcome mat with a cheerful bird on it. Brushed steel trash can. Nickelplated curtain rods. My new home shaping up. Soon I can play Red Dead Redemption 2 without sun glare making the screen inscrutable. I found a fast horse. She had kicked an NPC to death as he tried to shoe her in a field. Killed the legendary white buffalo and had its skin turned into an outfit I find pleasing.

Mind controlling people to like “Refugees” is one of the evilest things I’ve ever read. They are doing this now people!

I Really like this song. Lady of New Tomorrow by Irish Stew of Sindidun. They’re a great band, a Celtic inspired Rock band from Serbia. Check them out. – https://www.youtube.com/user/IrishStewSindidun/ 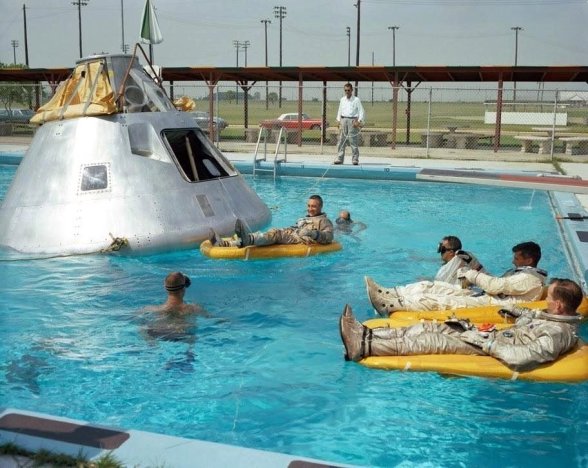 I’m seeing First Man tomorrow, I hope it’s as good as this review makes it out to be. Can’t wait!

Having not seen his entire filmography, I nonetheless feel comfortable asserting that Ryan Gosling’s raison d’etre is to make movies about the essence of masculinity. I am convinced this is a deliberate choice. Lars and the Real Girl, Blue Valentine, and The Notebook all touch on aspects of male romance and desire. Drive, Only God Forgives, and The Believer all illustrate different extents of male violence and duty. We’re all aware of the male-feels that Gosling depicts in Bladerunner 2049, and even the Oscar-bait film La La Land lets him show off male charm and suaveness. But it is Gosling’s role as Neil Armstrong in First Man where he embodies everything a man can and should be.

This is a movie all rightists needs to see, and it captures every element of the diaspora of ideas today. Neil is a hard working family man who has…